When we are confronted with the load of a world struck by rapid revolution and cataclysm, we can consequently easily lose our sense of ‘being’ in the endurance stratagem of ‘doing.’ In order to build and develop inner strength, it is utterly vital at this time to know the self and our innate value. We are not overvalued machines, but incredible and unique beings capable of vast grandeur and joviality. 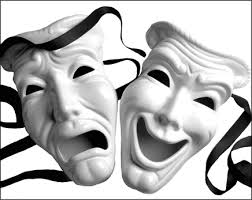 Of Actresses and Actors

The ‘roles’ are ‘me’ and ‘I’ am my ‘roles’. Sounds logical? It is absolutely the opposite. It is comforting to say ‘ I am my roles’ when we want to deny the reality that we are NOT our roles. “All the world’s a stage”, says one of the greatest poet and playwright, Shakespeare. It is as simple as we are all on a stage playing out our roles. The myriad of roles is merely extrinsic to our real identity. Some of these common roles that we are playing out are being a child, father, mother, sibling, friend, colleague, and beloved. These are all important aspects of our life. Being a faithful lover or a trusted friend, being an obedient child or a caring mother and a responsible father are all fundamental of profound living. It transcends the limits of simply surviving. But the border line is to keep myself detach from the roles that I play so that I can act it lovingly. This principle may seem vague to many as we are solaced with being attached and from there we evasively consider that we are valued when we identify with the roles especially if they bring delight.

Like the king in the book The Little Prince, a king strongly asserts his absolute power. He has only one subject and it is a rat. He is so arrogant of his ‘role’ as a king. He ordered the prince to yawn and obey what he commands. After their conversation, the Little Prince thought it is just an added odd grown-up. This example of being arrogant with the ‘roles’ that we play are barriers to what we are supposed to enjoy – the ‘being’. Not the ‘doing’. Below is a table that shows the differences of ‘being’ and ‘doing’.

Of Heroines and Heroes

Being actors on the stage and a spectator at the same time is the secret of good performance. If at all possible, one can act as a heroine and this makes the script more insightful. When one considers the self to be a heroine, she acts while upholding the universal laws and principles that shape a better world. But who writes the script? Is it imposed or is it a choice? Are we in control or someone else is controlling? Some may wrangle that it is imposed, we are destined and we are not in control. While others contend that it is absolutely a choice. It is in our own hands. It’s our own free will to write the script. As a script writer of our own life, decide to write the type of story you want to have – it can be humorous, tragic, exciting, adventurous, or melancholic or a mixture of twists and turns. It all depends on you. Of course, there are actors and actresses around too; there are also scenes which you feel uncomfortable. But it is always your response that will make a difference. A steep mountain is a challenging climb for a brave hiker but it could be a dreadful thing for the coward. This is where heroes and heroines come to play. They are exceptional players, not just unique as we are all unique in our own way. But heroines and heroes are distinct, they are extraordinary. They transcend the limits. For them, sky is the limit. They are brave warriors for they vie to reach the highest potential of mankind. And yes, you don’t have to act on the limelight to be a hero; you just need to excel in your field. Act as an actor but put more value to your deed, then you can be called a hero. A president in a country can be considered a ‘hero’ for he is playing a significant role but he can be regarded as real hero if he uses his power to benefit the many. And that he is not using it for sheer dominance. An ordinary citizen like a pastry-cook in an eatery can be considered a hero if he prepares the constituents with care and love.

It is as simple as saying, do everything with fervor seasoned with pure intentions. Then the ‘being’ which is you is not simply doing, doing and doing. Life then becomes a tapestry, a masterpiece that is exquisite to gaze upon.